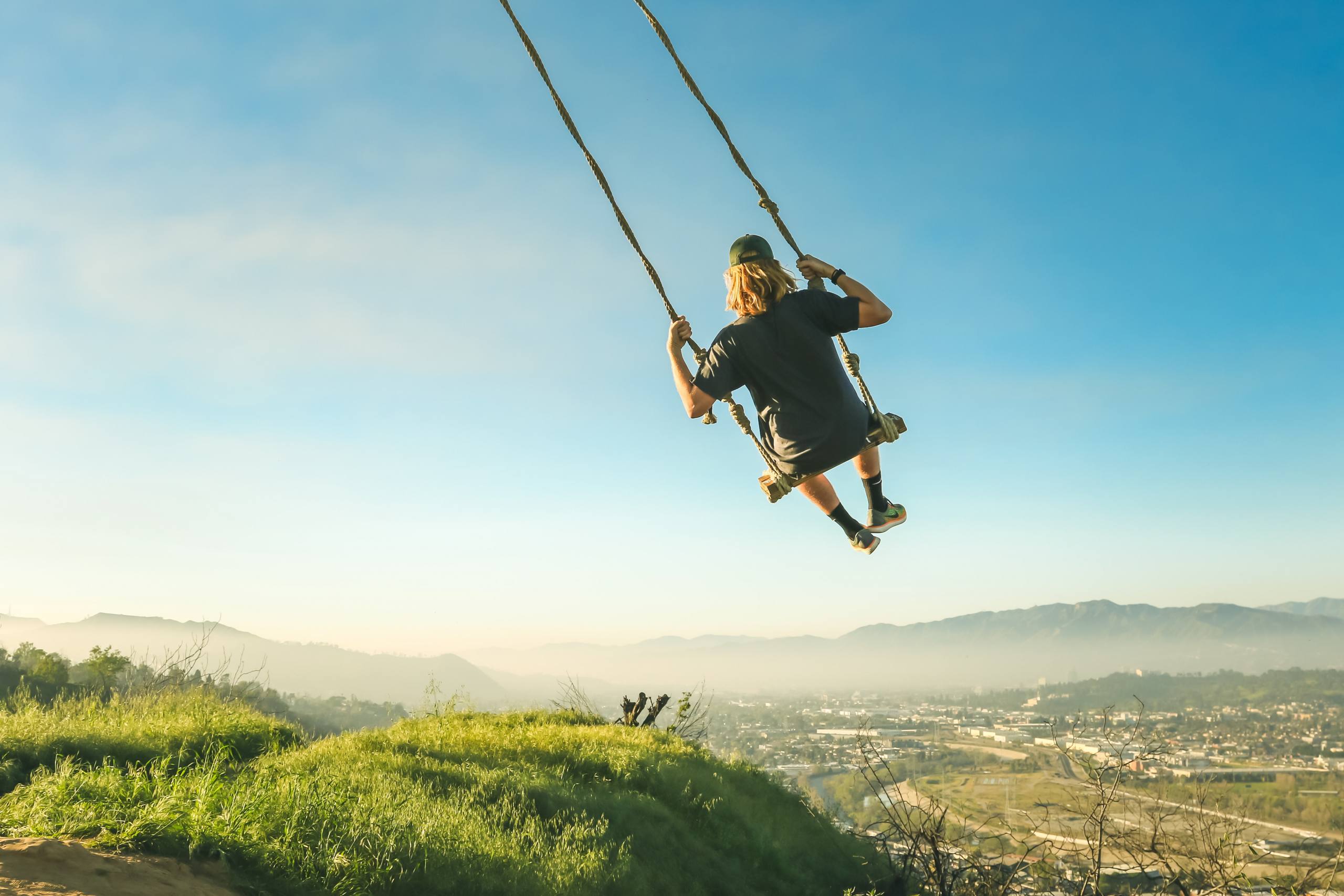 Happiness in a box

The exceptional period we are going through, and the upheavals it is causing in the organisation of companies, invites us to reopen an old debate: the reduction of working time. Do we really need to work five days a week, seven hours a day, to be efficient? Is productivity linked to the number of hours spent in front of a workstation? Not at all, if we are to believe the proponents of the four-day week and the five-hour day, whose results leave one dreaming…

The French on the European working time podium

According to the latest comprehensive European study on the subject (2016), French employees work an average of 36.3 hours per week, making them the third most ‘hardworking’ country behind the UK (36.8) and Spain (36.4). The Germans, on the other hand, spend only 34.8 hours at work on average, and the Netherlands only 29.3 hours.

What about the 35 hours? As expectations have not decreased with the number of hours worked, the reduction in working hours has only intensified the workload in the hours of presence. Admittedly, we are recovering with the RTT, but probably not enough, since in 2019, the Technologia consultancy, which specialises in the prevention of risks at work, estimated that 15% of the French working population was at risk of burn-out.

Should productivity and working time be linked?

According to a study conducted by the British firm Invitation Digital Ltd on productivity, this would be a mistake. Their survey reveals that respondents worked an average of 2 hours and 53 minutes over the course of their working day! And the rest of the time? They spent 44 minutes on social networks, surfed 1 hour and 05 minutes on news sites, chatted for 40 minutes on non-work related topics with colleagues, spent 17 minutes on coffee/tea breaks, 7 minutes preparing lunch, 23 minutes on cigarette breaks, 14 minutes texting, 18 minutes texting or calling their sweetheart, 8 minutes snacking and 26 minutes looking for a new job. A third of efficiency for two thirds of distractions, that’s worth looking into, isn’t it?

Alex Soojung Kim Pang, author of SHORTER -Work Better, Smarter, and Less (2020) agrees: we are efficient at best for 4 hours a day, while rest stimulates creativity and innovative thinking. As for the Italian economist Vilfredo Pareto, he reminds us that 80% of the results obtained are based on only 20% of the work done: he therefore invites us to concentrate on this 20%, by starting the day with the most impactful tasks.

To sum up, working less would boost creativity and well-being of employees by reducing their stress. A better work/life balance improves their morale, which in turn affects their motivation and the energy invested in their work: in short, the company wins. So what are we waiting for?

Presenteeism, a French evil, an enemy of the reduction of working time

However, in order to succeed in considering this reduction in working hours in France, it is time to break down some stubborn prejudices. According to a study conducted by GlassDoor, one in three French employees feel judged if they leave before 6pm, even if they have completed all their tasks, and one in six (16%) think that it is important to be seen at their workstation by their colleagues and manager.

The reflection on the reduction of working time must be accompanied by an evolution in the evaluation of productivity, by moving from a culture of presence to a culture of results. For those who sneer at this, go back to the paragraph above: in any case, we only really work a third of our days, so… how about organising ourselves according to this reality rather than stubbornly denying it?

Working less to live better: the French are ready!

In 2019, the young Finnish Prime Minister Sanna Marin created a worldwide buzz by suggesting that her country switch to a 4-day week, with the same wages of course. This would mean more time for family, friends, hobbies, leisure, culture… In short, all the important things that contribute to our personal balance. Seductive, isn’t it? 60% of French people agree and would be willing to do so. In Finland, the idea has provoked so much debate that it has been shelved for the time being, but some companies have already adopted the 4-day week (or even less) and are happy about it.

The 4-day week at will or part of the year

The American company Basecamp and the French SME Love Radius, which specialises in the manufacture and sale of baby carriers, have one thing in common: from May to August, their employees switch to a four-day week, without any reduction in salary of course. Thanks to efficient management tools and a solid organisation, they take full advantage of the good weather and smooth out the workload over the whole year. “This time, we could not offer it in salary. […] Employees are more autonomous, and therefore develop a better organisation,” explains Olivier Sâles, founder of Love Radius, in an interview with Les Echos.

In August 2019, Microsoft offered its 2,300 employees in Japan to test the 4-day week for a month. The results were impressive: a 40% increase in productivity compared to August 2018, 92% of employees were won over by the 4-day week, and electricity consumption fell by 23%. Given the success, the company plans to repeat the experiment.

Yprema, a French materials recycling company, has had a four-day week since… 1997! 80% of the employees have a four-day week, and choose their third day off themselves, organising themselves with pairs or triples to follow up on work in progress. If this has worked for more than 20 years, it’s because it works!

Andrew Barnes will not argue with that. He implemented the 4-day week at Perpetual Guardian, a New Zealand investment company. Since 2018, 80% of the 240 employees have been taking an extra day off (and 20% not, but it is their choice!). A study conducted with the University of Auckland showed that the company had gone from 54% to 78% of employees satisfied with their life balance, and 20% declared themselves more involved. Their productivity followed suit: in one year, it increased by 24%. Based on these results, Andrew has launched the 4 Day Week Global Campaign and is travelling the globe to convince managers to try it.

In Nantes, the Alisée association, which raises awareness of energy and environmental issues, has opted for autonomy and flexibility by offering its employees the possibility of working only 32 hours a week. Each employee can organise himself or herself as he or she wishes thanks to a time management tool. Employees can therefore alternate 40-hour weeks with 3-day weeks, or keep time to extend their summer holidays… A freedom likely to attract talent looking for a work/life balance despite “associative” salaries!

Is it possible to work less every day?

Another alternative for companies considering a reduction in working hours is to reduce the length of the day. Tower Paddle Boards, which makes paddles as its name suggests, has adopted a five-hour workday. Stephan Aarstol, its CEO, has even written a book about it, The Five Hour Workday. In it, he describes how his employees work from 8am to 1pm, using effective tools and methods. No lunch break… but then they are free! After three months, the company was the fastest growing in San Diego.

The same experience was gained in Australia at Collins SBA, a very serious financial consultancy: since 2015, employees have been working an average of five hours a day, finishing no later than 2pm. To achieve this, they have time management software, have been trained in stand-up meetings and in managing their email inbox. Although the company’s results have not suffered from this new organisation, sick leave has decreased by 12%!

Is the reduction of working time a response to the health crisis?

At a time when companies need to reinvent themselves to cope with health measures, optimising working time is an avenue to explore. The productivity prowess of employees during the lockdown, who managed to stay on course despite children and home schooling, has shown that the French are perfectly capable of optimising their days. If you are not yet ready for the big leap to the 4-day week, why not try to evolve gently by exploring these few avenues?

Enjoy the free time this will give you! 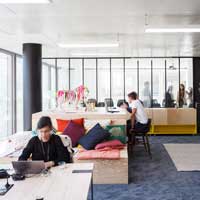 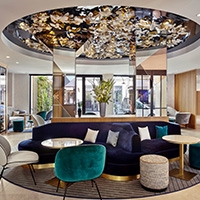 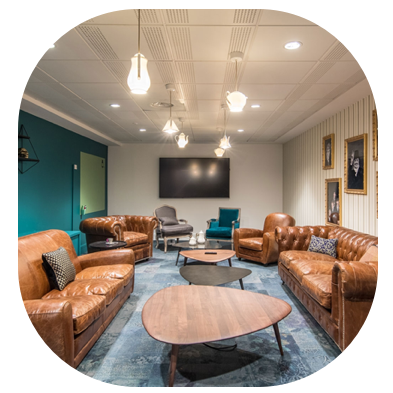